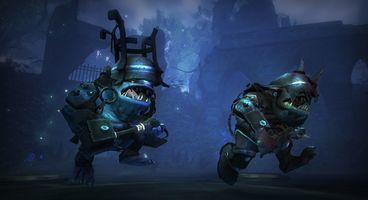 Splash Damaged today announced that is has appointed industry veteran Richard Ham as Creative Director. Richard comes to Splash Damage having completed Lionhead’s Fable II as Lead Designer, and was the creative lead of Syphon Filter, one of the best selling shooter franchises on the original PlayStation.

In his new role as Creative Director at Splash Damage, Richard will drive the vision and lead the design team behind their new AAA multi-platform title being developed in partnership with Bethesda Softworks. Richard will work alongside the wealth of talent that has joined Splash Damage throughout 2008, including senior, lead, and directorial staff behind hits such as Mass Effect, Rainbow Six Vegas, Heavenly Sword, and Burnout Paradise.

“We have spent months searching for the right person to lead Splash Damage’s new title creatively, and Richard is an exact fit,” said Paul Wedgwood, owner of Splash Damage and Studio Director. “His stunning track record makes him ideal to drive our vision for such a truly ambitious new multiplatform project. I am constantly flabbergasted by his incredible design wit and intellect.”

Richard Ham added, “I’m really excited to be at Splash Damage. Their pedigree in shooters is absolutely fantastic and when I met the team and saw what they were working on, I knew I had to be part of it.”