09 April 2008 | By Jamie Davey
Electronic Arts have signed a new license deal with Epic Games that lets them use the Unreal Engine 3 for another five projects. Mark Rein, big boss at Epic, says that the next iteration of the engine won't be released until the next generation of consoles.

EA has used UE3 in recent projects like Army of Two. Most major publishing houses have licensed the Unreal Engine technology to help reduce development costs.

“With the largest and most talented studio operation in the world, it’s critical for us to give our studio teams the best tools they need to make great games,” said President, at EA, Frank Gibeau. “This agreement reflects our commitment to Epic’s technology which, in combination with our own cutting-edge systems, allows us to create ground breaking hits.”

Epic Games 'Gears of War' has brought the most acclaim to their UE3 technology; other games which have used the engine are 2K's BioShock and BioWare's Mass Effect.

"It's just a research project today," says Mark Rein on Unreal Engine 4's development. "Our plan is that it will be aimed at the next generation so it is many years away."

Epic isn't the only solution for third-party engines but they do seem to be the most successful, while some developers like Silicon Knights would disagree that everything's coming up roses.

They sought financial compensation for lack of support while developing Too Human, they claimed Epic was too busy working its own projects to help them with modifications. Legal fisty-cuffs ensued. 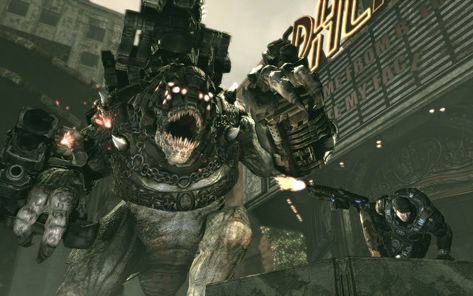