09 September 2008 | By Simon Priest
While both publisher EA and developer Crytek are adamant that they're "not getting into the hardware business," they wanted this PC build for "convenience".

The upcoming Crysis Warhead expansion used the PC as the benchmark for Crytek; they wanted it to run on High settings with an average 30 frames per second.

The project involved the two companies as well as Nvidia and system builder UltraPC. The plan is to launch the PC rig alongside the game when it launches September 16th.

"For us, it was really helpful, because we sort of had a hard cap," Crysis producer Bernd Diemer told Chris Remo.

"You couldn’t say, ‘It works on my computer, looks great on my machine.’ No no no, this is the benchmark, guys. If it sucks on this, the whole thing sucks. For us as a team, that was really valuable. We had a tangible border we could bump our heads into."

Could this be a thing of the future for PC developers, or at least at EA with triple A titles?

"The biggest thing for us is convenience," Diemer concluded. "We want to make PC gaming convenient." 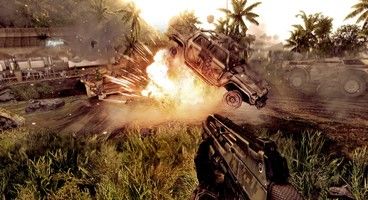 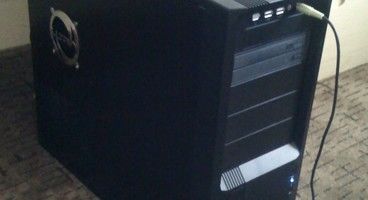