Burnout PC demo will be full game, all "there to give you glimpse"

09 December 2008 | By Simon Priest
Developer Criterion has announced that Burnout Paradise, which arrives on PC in February, will be sporting its full package in the demo trial.

This is to make sure PC gamers know "it runs perfectly on their system," before deciding they might want to fork over some cash. The trial version will be available in Feb '09.

"When the full game’s released in Feb ’09, we want all our PC players to be sure it runs perfectly on their system, before they commit to buying it. We also love the game and feel confident that if you try it, you’ll want to sign up for more," revealed the dev team.

"So rather than restricting what you can do, we're letting you play through the start of the full game for a limited period."

The demo will be available from Criterion's own website and EA's in February and they've also made it easy to upgrade it from the trial to full retail status.

"Obviously, there’s a limit to just how much you can do and for how long, but we hope you’ll agree that there’s plenty there to give you glimpse of what the full game has to offer." 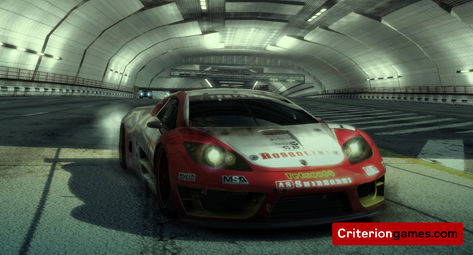