10 April 2008 | By Jamie Davey
Fans felt EA was attempting to fleece gamers with the option to download new weaponry at a cost. A portion of the Battlefield community has launched a pre-emptive strike with promise to boycott the game.

EA claim they don't upset gameplay balance, either way fans have distaste for this arms deal.

An EA spokesperson outlined the specifics of the complimentary weaponry:

"Battlefield: Bad Company will release five unique weapons free of charge through five different promotional programs prior to launch. EA will again make these weapons available to players free of charge after launch, in case anyone missed the pre-launch promotions. At launch, EA will release a Gold Edition of Battlefield: Bad Company which will feature an additional five new weapons.

The publishing giant says they're listening to fan feedback; the general census from the would-be Battlefielders is to have the DLC freed from all price tags. EA's decision to charge for additional weapons in a first person shooter may have seemed a good board room decision but fans are outraged.

Battlefield Bad Company is set for a June 23rd release, coming to both Xbox360 and PS3. 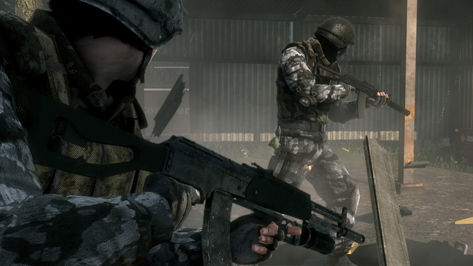