In the video Lobb says "you twist the controller around", to which many believe this was a slip to Microsoft's plans for an Xbox360 motion controller. Not so, says the corporate giant.

"There is no truth to this speculation," Microsoft said in a statement. "Ken's comment is in reference to rotating the left analog stick while hitting the X-button to move different things in the game."

Curses and drat - that sounds plausible. You win this round Microsoft.

Lobb's words: "you twist the controller around and it'll move different things", fuelled speculation that Microsoft's actually going to bring out a motion controller for the console despite the disappointing experience Sony had with their own.

In this digital age of blog 'journalism' and legions of fan discussion forums you really have to be careful what you say. No more so than in the videogames industry. 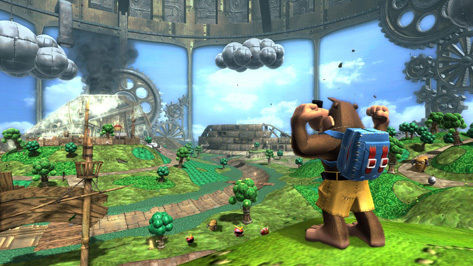