"Ubisoft has no involvement" in Disney's Prince of Persia movie

10 July 2008 | By Simon Priest
The videogames publisher says that aren't tied to the project but that there is "a collaboration between" franchise creator Jordan Mechner and Disney.

The film is based upon the Sands of Time game, released in 2003. Jake Gyllenhaal is to play the lead as our favourite platforming Prince with the movie due out next summer.

"The new Prince of Persia film is a collaboration between Jordan Mechner and Disney," a company spokesperson tells CVG. "Ubisoft has no involvement."

With the recent acquisition of Hybride Technology by Ubisoft, which is a visual effects studio, you'd be forgiven to suspect they'd have at least some hand in the development of the movie. Ubi though is keen to point out that Hyrbride will help "push technologies and existing techniques even further forward" in its videogames.

"In the mid-term, we'll be able to offer the type of cinematographic and visual experience in our games that we find today in Hollywood films."

"Hybride and Ubisoft will work together to share technology and develop tools in order to optimize the creation of both video games and visual effects," said a Ubi rep.

"Ultimately, we expect to use the partnership to leverage our brands in the movie industry."

So fans may be eased a little to know that Prince of Persia creator Mechner is in the mix but the announcement of Gyllenhaal as the heir apparent has been a little harder to swallow for some.

Are Ubisoft keen to point out they have no involvement in case things go a little ...lacklustre? 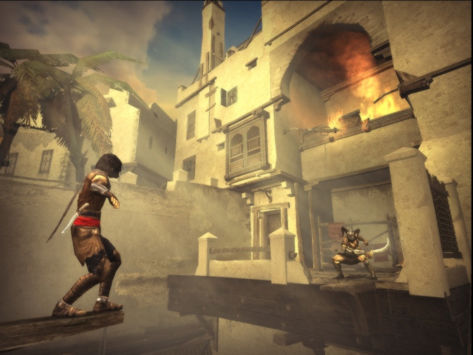