10 November 2008 | By Simon Priest
During an interview with Variety, Rockstar's D. Houser has said he's "not sure" if the much sort after DLC will touch down this side of Christmas.

Though they do hope to be announcing a date "in the next few weeks." He revealed that everything's going well with it and the team is more focused on quality than dates.

Variety's Ben Fritz asks the DLC date question, to which Rockstar Games' co-founder replies, "I'm not sure. It's going well."

"But we don’t know a date. We hope to be announcing that in the next few weeks. We're still figuring out a few things. We're more focused on quality than dates, always have been. But the development is going really good. It's shaping up to be something we're very proud of. That was our goal."

Aside from when us GTA addicts can get our newest fix from the game, expectations of exactly what to expect with this new content is another concern for Rockstar.

"We want to give people a rough idea so their expectations are roughly in line. We don't want them to imagine it's this enormous thing that it can never be..."

"Doing a big digital launch is something we've never done before. It's virgin territory, but at the same time, we feel very exposed because there's no case history. No one ever came out with major DLC for a major game like this before," Houser explained.

"It's new territory for everybody. We're making it up a little bit as we go along. That's always fun, but it makes you nervous."

Click here to read the full interview between Dan Houser and Variety. 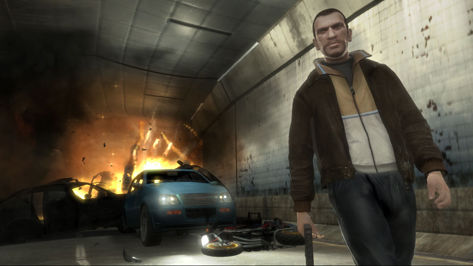