11 March 2008 | By Jamie Davey
Sweeney the CEO of Epic firmly believes the console has left the PC behind when it comes to gaming. Consoles have a standard set of hardware while most PCs can't meet the technical challenges of games today.

With PC titles they have to support scaling down properties to help the game run on lower-end machines while consoles games are developed one way. An unfortunate truth, one that is unlikely to change.

Epic are a part of the PC Gaming Alliance which is striving to help build confidence back into the PC games market. "It is very important not to leave the masses behind. This is unfortunate, because PCs are more popular than ever. Everyone has a PC. Even those who did not have a PC in the past are now able to afford one and they use it for Facebook, MySpace, pirating music, or whatever," says Sweeney.

"Yesterday's PCs were for people that were working and later playing games. Even if those games were lower-end ones, there will always be a market for casual games and online games like World of WarCraft. World of WarCraft has DirectX 7-class graphics and can run on any computer. But at the end of the day, consoles have definitely left PC games behind." 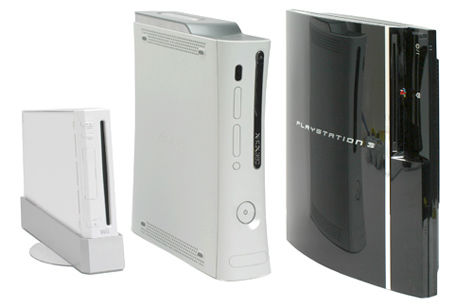