11 August 2008 | By Simon Priest
With the Byron Review recommending that the BBFC could take over fulltime in regulating certification for videogames in the UK, Dark Knight is proving troublesome.

Critics lampooned the BBFC for slapping a 12A rating on the film as parents complained of having to "shield their children's eyes from shocking scenes," reported the Daily Mail.

These scenes included "a man's eye being jabbed with a pencil and deranged villain The Joker saying he enjoys killing with a knife as his victims take longer to die," continued the article.

The BBFC had refused to classify Rockstar Games' Manhunt 2 which led to its banning in the UK, which was later overturned by the organizations own Video Appeals Committee - after a lengthy circuit in the High courts.

"This raises the important question of how to best protect minors from inappropriate content, right as the same question is being posed to the videogame industry," said an EA spokesperson to GamesIndustry.biz.

"We're looking forward to working with the government and the BBFC to determine what game rating system will truly be best for protecting kids in the UK." 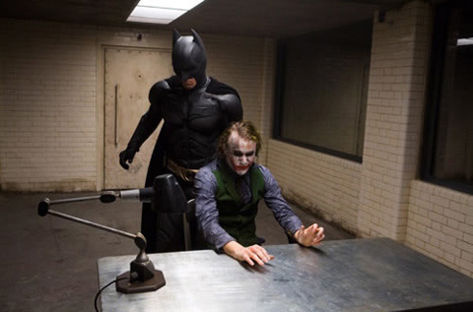 "Oh won't somebody please think of the children?!"