Square Enix "excited" to be delivering FFXIII in a "fresh state"

11 August 2008 | By Simon Priest
Speaking with UK magazine Play, Squire Enix's Shinji Hashimoto has said how hard their teams are working to bring the latest Final Fantasy to international audiences.

They're keen to cut down the time it takes to localize the versions as previously it's taken around a year to get done, "we're focused on decreasing that time gap."

"Obviously, we announced the title for both the PS3 and 360, so in that sense we're very excited to be able to appeal to a new user base ans to fans that are users of both PS3 and 360," Hashimoto said.

"Another thing I’m excited about it that it’s traditionally taken about a year for localisation to take place, so the Japanese version can reach audiences around the world. But with this titles we're focused on decreasing that time gap. That means, right now, we're not only involved in creating and developing, but also working hard to deliver the title in a fresh state to everyone in the world."

Great news then for western Final Fantasy buffs who would happily sell their own mothers to get a copy even just a few days early. 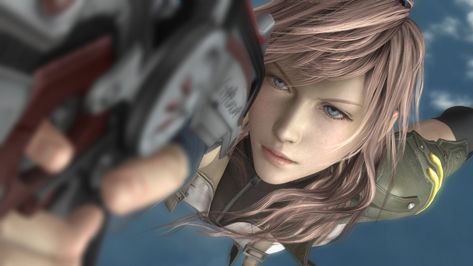