11 September 2008 | By Jamie Davey
LucasArts announced today that it will be releasing the official demo for its upcoming action game Fracture on the Xbox Live Marketplace and PlayStation Network on Thursday, September 18.

The demo will introduce players to the revolutionary gameplay behind Terrain Deformation, a key gameplay mechanic that allows for the dynamic creation of on-the-fly cover and geographic manipulation. 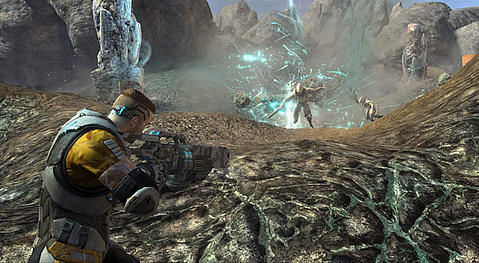