Mass Effect 2 to have improved side-quests

12 March 2008 | By Admin
Greg Zeschuk, the BioWare co-boss has today promised to improve the side-quest content for when Mass Effect 2 is released.

It follows complaints that the original game was lacking in side-content and that it was tacked on as an afterthought.

Speaking to MTV, he said: "I think with 'Mass' we just wanted to say, 'Let's make a whole bunch of planets for people to explore.' They all encapsulated, amongst themselves, some fun stories to do,".

He admitted that side quests can sometimes 'be left on the side', which follows complaints from fans that the exploration was weak compared to the main plot.

"One of the things we're looking at for sequels and some of our other games is better technical ways, smarter ways to auto-generate content, to create stuff that seems richer to the player." he added.

"Another thing we're looking at, again not specific to one game, but just generally, is a way of tying those additional moments back into the story: whether it's having to gather certain things for those other planets, kind of making them more central to the story but making sure that they're still the supporting cast. (We want to be sure) that there's something really purposeful about them." 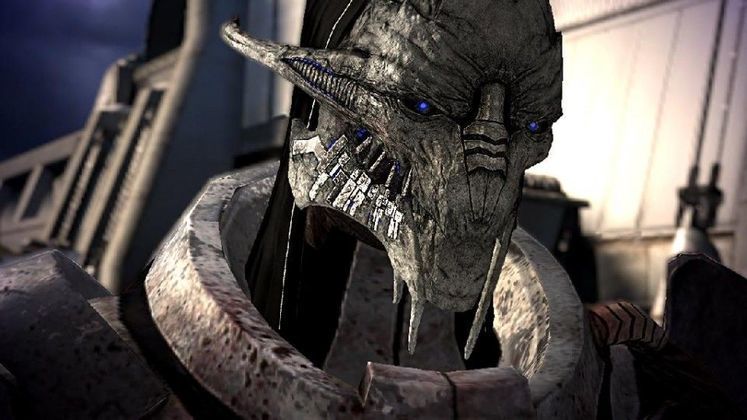 Speaking about the sequel he said: "We look at Mass Effect 2 as incredibly exciting. Just the amount of effort and knowledge and know-how that went into building the technology for the first one is huge, and (we now have) the chance to actually make things a little bit richer.

We'll keep you updated on development of Mass Effect 2, but you can read our positive thoughts on the original here.