Microsoft Game Studios Europe: "we shall not cancel games" ever

This comes as a sly little dig to Sony Computer Entertainment Europe who axed two internal projects, The Getaway and Eight Days at their London studio.

"Maybe we sometimes announce them earlier than we should, but we stick with them, we have our resources team work with them as much as we can," he told GamesIndustry.biz

"It's crunch time down in Guildford now and we have people working their butts off to make Fable 2 happen. We do not, we shall not cancel games."

Zetterberg says around 600 game concepts a year run by him in some way, either on a used serviette or from a flashy presentation. Sadly not all those creative packages will make the cut as about 30 make it to discussion level, around about 5 could be given a thumbs up in which only 3 might be actually signed by MGS. Darwinism at its finest.

He goes on to say that us Europeans like more locally relevant games, "There's a reason why Microsoft hasn't been that successful in the past on the continent because they sit in Redmond and it's hard to understand how to make fifteen games for a smaller European market."

Click here for the full interview between Peter Zetterberg and GamesIndustry.biz. 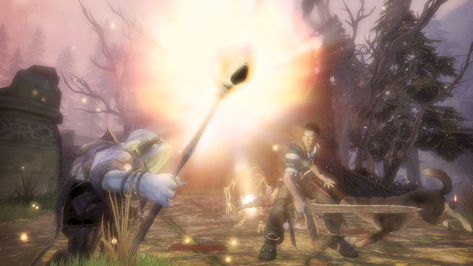