14 January 2008 | By Kres
Game Informer have issued a sneak preview of the February edition cover of their magazine which reveals information on Insomniac games upcoming sequel, Resistance: Fall of fan 2.

They reveal snippets of information on the gameplay and multiplayer aspects of Resistance 2, along with a preview that will be published in the magazine. What we now know about Resistance 2 is that you'll be able to play with up to 60 players online and up to eight players in the co-op mode. 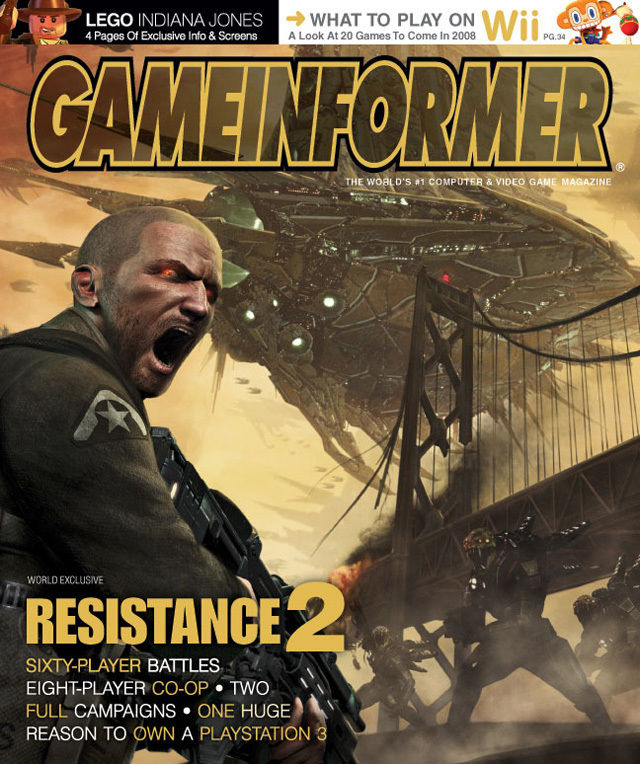 There will also be a two full campaigns available for you to defeat, but we aren't sure what they'll feature or why there is two of them, yet.

We should know more about that soon, so stay tuned.