14 July 2008 | By Simon Priest
A source has whispered in Joystiq's ear that Microsoft will be including Geometry Wars 2 in their E3 press conference today, and that it's already passed certification.

Two weeks ago the achievements were leaked on Xbox.com so the chances of a deliciously mathematical unveiling today are quite likely.

"A reliable source close to Joystiq informed us that Geometry Wars 2 will be announced at Microsoft's press conference", they reported.

"Our source informs us that the game has already passed certification, clearing the major barrier of entry for all Xbox Live Arcade titles." 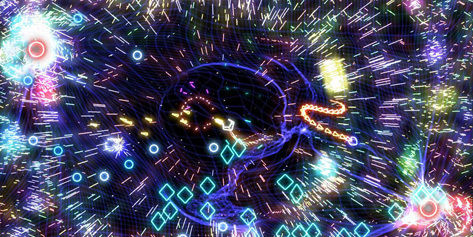