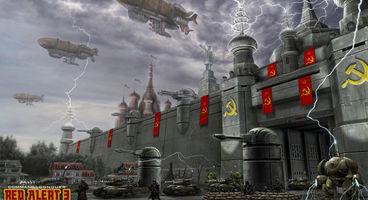 In wake of the upcoming release of Red Alert 3, EA have announced that the title has gone gold for the PC. EA state: "The return to the over-the-top, time-altered universe of Red Alert-where parachuting armoured bears, George Takei, war dolphins and psionic Japanese school girls can co-exist without question-is almost here!"

Needless to say, they're excited, we're excited, and the US PC release on Ocotober 28th has Red Alert fans nervously shaking with anticipation. Xbox 360 owners must wait until November 11th however, with European gamers awaiting release on both the PC and 360 on October 31st and November 14th respectively.