15 April 2008 | By Jamie Davey
Vogster Entertainment has boldly released news that they'll be letting Crimecraft infect the world with its free-to-play bad boy attitude sometime around March next year.

It'll include a fully modern setting with players able to buy retail estate, own cars and keep all manner of jobs. To top it all it's powered by the Unreal Engine 3.

Vogster say Crimecraft is “a unique forerunner into a genre dominated by fantasy and sci-fi themes as it transports gamers into a lawless city filled with gangs, crime and street-style justice.”

Interesting stuff indeed, especially because it’s free. Of course with APB set to be the only GTA-like MMO with crazy amounts of customisation will this 'Crimecraft' offer enough to pull its own cult following? Perhaps Vogster have found the secret ingredient to the MMO, the addition of "craft" looks awfully familiar...

The game is said to let players take over economic areas of the city, craft unique items and flog them at the market, form powerful gangs and fight for turf, build your characters through combat, tactical fast-paced shooting, five classes to choose from and the choice to switch between law abiding professions or not. With the use of the UE3 engine it’s likely the environments will be quite detailed too.

Hopefully the main site will open up more soon enough, it's certainly caught eye but admittedly anything that has 'GTA' in it does right now. 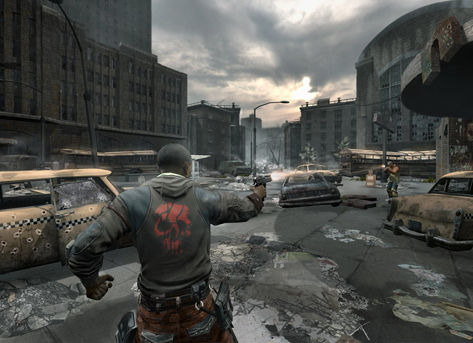