100K is the mark of Stardock success, "still a market" for epic RPGs

16 April 2008 | By Jamie Davey
Brad Wardell of Stardock says "that'd be a success" if a game hits the one hundred-thousand sale target, for their own team anyways.

He'd also love to work on a Baldur's Gate or Ultima V style RPG if they had the time and budget saying "I think there's still a market."

The only game that comes close to a "traditional, top-down party sort of game" would be Neverwinter Nights but there's very few other than that - fewer still with both the vision and the budget to recreate the RPG glory days.

The latest game to travel through the Stardock distribution system was Ironclads Sins of a Solar Empire which reached the 100K milestone within three weeks. GalCiv II has reached 300K much to Wardell's delight.

"Typically it's always been considered if you sell 100,000 copies of your PC game, that'd be a success. That'd be the equivalent of a movie making $100 million. In the case of GalCiv II it sold over 300,000 copies, so we're pretty happy, especially considering the budget."

Currently the developer is working away on a turn-based fantasy title which "relies heavily on user-created content. And, I stress, we started before Spore." The game is about two years away with their upcoming strategy MMO even further into the future. 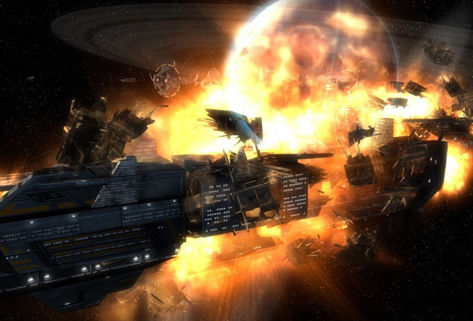