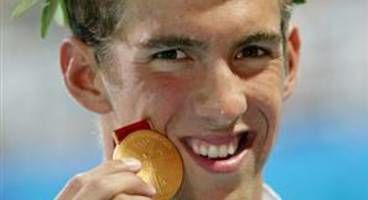 505 Games and Michael Phelps today announced a partnership to develop next generation console and iPhone videogames. The first title is scheduled to release in Spring 2010 and will be developed by 505 Games newly formed U.S. operations in Los Angeles. 505 Games also has European offices in the UK, and distribution partners around the world.

"505 Games is proud to partner with Michael Phelps to create innovative new gameplay experiences that celebrate active lifestyles, the spirit of competition and the inspirational dream of becoming a champion," said Adam Kline, president of 505 Games US. "Through swimming, Michael has become an international superstar and role model for people of all ages. With 505 Games global reach, we look forward to leveraging the powerful digital entertainment medium to bring Michael's passion for sports and competition to new audiences around the world."

505 Games and Phelps are currently in the development stages for the first-of-its-kind videogame that may also include some of his team mates. In addition, 505 Games will donate a portion of the videogame proceeds to the Michael Phelps Foundation.

“I am really excited to partner with 505 Games and work with them to develop a game that is reflective of my personality, lifestyle and competitive nature,” said Phelps. “I believe this will be a tremendous opportunity to help continue my quest to raise the profile for the sport of swimming.”

Platforms will be confirmed at a later date.