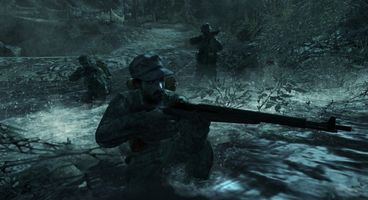 Senior Producer Noah Heller for Treyarch told CVG that it's possible to see more Call of Duty games set during World War II. While Heller felt gratified to be able to be closing a story with the World at War release he added, "I can't say that there won't ever be a WWII Call of Duty game again, but we're glad we were able to end the war and we're glad we're going to support the title with lots of downloadable content."

Later he gave even more hints of possible CoD games when he said, "If we had time we might have shown the end of the war from many different country's perspectives, and maybe that's a story still untold. But in the meantime people definitely haven't seen the final charge of the Red Army, people haven't seen what the fighting was like in Okinawa and I think it's definitely important to show those stories..."

While there is no official word on the future of the Call of Duty franchise, or what settings they may be in, but this interview clearly implies that there is much more to come.