18 January 2008 | By Kres
Nintendo has informed us this morning about two new titles that will be making their way to the Wii Virtual Console. The first one is 1080 snowboarding, a classic game for the Nintendo 64 which was released in 1998 and features six huge courses to explore where you can bust out over 25 stunts and tricks as you head down the slopes. You'll also be able to play six different modes ranging from head-to-head races to Time Attack modes and places to practice your skills. This one will cost 1000 Wii points. 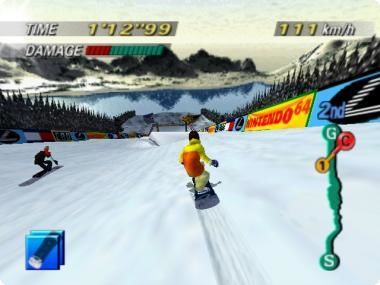 Next up is the arcade-style beat 'em up Riot Zone. Battle your way through the streets of New York as vigilantes Hawk and Tony and take on the henchmen that try and stand in your way. This one will be available to download for 800 Wii points.

These two should keep you busy until Nintendo releases more classic games onto the Virtual Console.