EA's Riccitiello reveals Need for Speed: Undercover in the works

18 June 2008 | By Jamie Davey
Whilst at an investors meeting John Riccitiello confessed to "torturing" the team behind the NFS franchise which led to the "not good" NFS: Pro Street.

The team has been split in two to ease the cycle load, something he feels will help them "get better from here."

"Last summer we added head count and split the team in two, so now there are two teams on a 24 month cycle," Riccitiello stated.

"We were torturing a very talented group of people up in Vancouver, which makes it harder to be as innovative every year. So, I think we are going to get better from here."

Need for Speed: Undercover would have been longer in development that the previous instalment when it launches this year. He's confident the richer storyline will deliver a far greater experience than Pro Streets lacklustre performance both on and off the track.

"I thought it was an okay game, in terms of gameplay. It's not good," Riccitiello conceded.

"But who wanted Pro Street? It was a sort of made up, put numbers on the side of your car and pretend to drive your Ferrari where? Or your Porsche where?"

As a long time Need for Speed fan myself I really do hope that Riccitiello isn't just blowing smoke up our exhaust pipes. I need my streets bathed in moon light as I NOS through traffic - it's the only way to NOS! 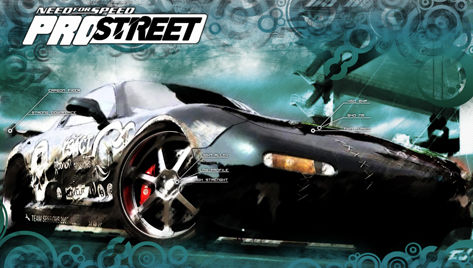 Take your "pro" circuit and peddle it elsewhere!