19 February 2008 | By Kres
Avatar Reality today announced that it will provide a sneak preview of its upcoming massively multiplayer virtual world (MMVW), Blue Mars, at the Game Developers Conference in San Francisco. It'll be shown at Booth 418 in the West Hall Career Pavilion. 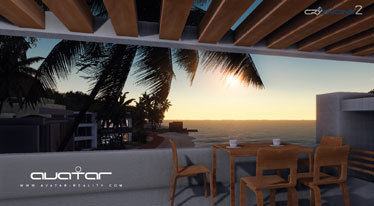 Set in Terraformed Mars in the year 2177 AD, Blue Mars will feature stunning graphics, realistic characters and endless gaming attractions that will allow players to build and simulate real-life scenarios by creating personalized characters, or avatars. The MMVW will launch in a public beta version at the end of 2008.

For more information on Blue Mars and the Third Party Development Program at GDC, please visit Avatar Reality at Booth 418 in the West Hall Career Pavilion.