19 March 2008 | By Jamie Davey
Peter Molyneux has gifted the industry with many gems over the years, Populous, Theme Park, Dungeon Keeper, Theme Hospital, Black & White, Fable, The Movies etc. He's not short of things to add on his CV that's for sure.

He feels the PC has shifted more to casual gaming as it goes through its "reinventing" phase, a move he's not too happy with.

"I think the PC is just reinventing itself," said Molyneux. "It's being owned more and more by casual gamers, who are playing games from a variety of sites. They are really under the radar at the moment, but there's.. an awful lot of people playing Flash games."

Lionhead Studios latest and greatest project is the impending release of Fable 2 which is set for the Xbox360. Isn't this a slight case of hypocrisy?

"What there isn't is the spectacular triple-A titles coming out on the PC with the same frequency," he adds. "Which I think is sad, because there's no other gaming platform which is quite so comfortable to take on a plane and play. You've got handhelds, but they haven't got the same tour de force-type games."

It's certainly true that the cost of producing these high end triple-A games has gone up considerably, and studios are playing it safe by releasing on consoles which have fixed hardware and are far harder to pirate.

"Innovation is much more difficult when a lot of money is on the line," he added. "It's just far more comforting when you're making a game to say, 'I'll make another one of these because at least I know that that one was successful.'"

Click here to read the full interview between Shacknews and Peter Molyneux. 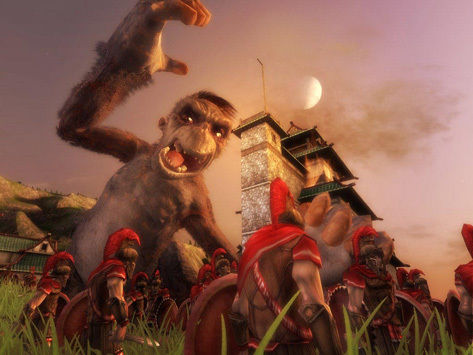