SCEE issues new date for LittleBigPlanet in UK and Europe 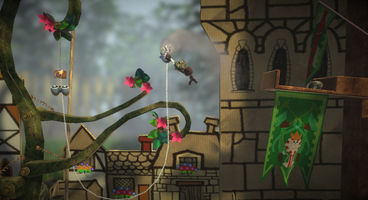 Sony Computer Entertainment Europe has issued a statement that confirms a new release date for LittleBigPlanet in Europe. The platform game will now be released on November 3rd in the UK, Europe, Middle East, Australia and New Zealand, on a country by country basis.

“Sony Computer Entertainment Europe is pleased to confirm that LittleBigPlanet will start to appear in stores no later than the week commencing Monday 3rd November in the UK, Europe, Middle East, Australia and New Zealand, on a country by country basis. We appreciate all the enthusiasm surrounding this much anticipated title and we would like to thank PlayStation fans for their support and understanding.” said the statement from Sony.

Our release dates have been updated accordingly.