Sony's LittleBigPlanet offers the chance of turning skills into cash

21 July 2008 | By Simon Priest
The community driven LittleBigPlanet platformer from Sony may well become the world's favourite. They have unveiled plans to let users charge for the stuff they make.

President of SCEE David Reeves, has said that even if a user was to charge "less than one euro" it wouldn't take long to reap the rewards if the contents great.

"What we’re trying to do with LittleBigPlanet is almost iTunes meets eBay in the sense that once an individual or a developer has qualified by producing certain levels or certain add-ons, they will then be able in the future to exchange these and make money out of them," muses Reeves. "Eventually, it’s feasible that you might well see the first LittleBigPlanet millionaire!"

"Even if you charge less than one euro, it doesn't take many downloads if you've got a really strong LittleBigPlanet level for people to be able to make money. It's a great way for people to show others what they can do."

Not only does LBP give gamers the chance to try their hands at some level designing and the like but to earn some bucks on the side for it too. We'll have to see how this LittleBigEconomy pans out. 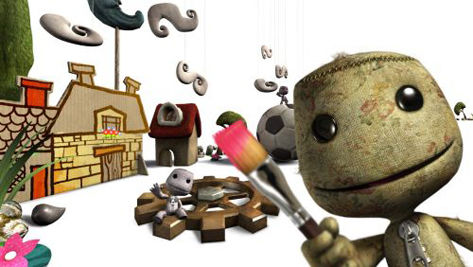