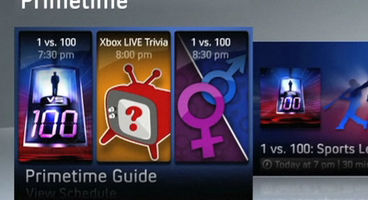 Forbes is reporting that the Xbox Live Primetime project is being delayed until Spring 2009. Live Primetime was announced at E3 08 as part of the Xbox refresh which includes the upcoming Xbox Experience, the upgraded dashboard including customizable avatars which will be released on November 19th.

Live Primetime is a groundbreaking concept which described virtual game shows at regularly scheduled times that allowed Xbox Live users to compete against each other for real world prizes.