22 May 2008 | By Jamie Davey
The flight combat game has had its back-story detailed by the French publisher to help ease in their new intellectual property.

The game is set in the year 2012 but the fictional HAWX group began life during World War II and has since stayed under a veil of secrecy and experimentation.

The story goes that the HAWX squadron was designed to pinch enemy planes in order to fly over hostile territory for reconnaissance intel. After the fall of the Third Reich in 1945 the work hit a dry spell but instead of disbanding they shifted focus to experimental technology.

A cold war and a few market crashes later the HAWX group are still around and itching to for a scrap. The elite group is called in settle a rather heated dispute between the World’s largest private military corporation and the United States. HAWX is due out on PC, Xbox360 and PS3 this autumn. 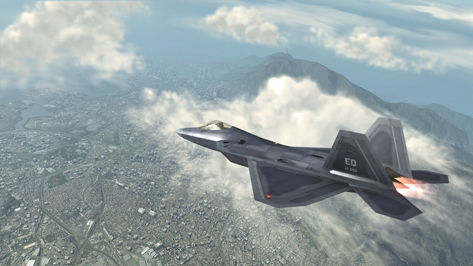