10 Games That Changed my Life

22 November 2008 | By Stew
Every gamer has those games that just changed them somehow. You bash the final bosses' head in, the credits roll up and there is a indescribable feeling that things just aren't going to be the same again. It might seem silly to think that, we are just talking about video games here, but then again, many other people talk about just books, and just films. Games have just as much ability to effect a person. Here are ten titles (in no particular order) that shaped me as a gamer.
Star Fox 64 (N64) 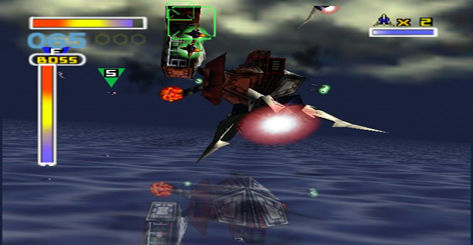 Probably the peak moment of prepubescent gaming pride was when I got a higher score in Star Fox 64 than the top score posted in Nintendo Power. Admittedly there had been higher scores than mine listed in previous issues, but my young mind was determined to ignore this fact. As far as I was concerned I was the best player in the world at that one moment. My literally weeks of practicing, plotting out routes to achieve high scores, and ignoring the calls of my parents to go outside and play had finally paid off. I don't know why I didn't submit my own score to NP. The magazine was at the time my bible; to see my own name in there would have been an achievement I would probably still cherish today, but if nothing else I have the memories. Star Fox 64 is easily one of the best games I have ever played and delivered more fun than most modern games have. 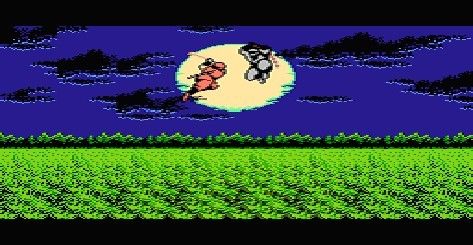 This is the most challenging game I have ever played. Ninja Gaiden Sigma, it was hard, but it doesn't hold a torch to the sheer brutality of the original Ninja Gaiden. It was the birds. Every time you had to make a life or death jump there was always a bird fluttering back and forth, doing its best to catch you in midair and send you tumbling to your death. It doesn't matter that the game allowed you unlimited continues, I have never beaten Ninja Gaiden. It sits in my collection of old games, ever mocking me like an Edgar Allen Poe poem. Only instead of saying “Nevermore,” it intones, “You'll never win!” 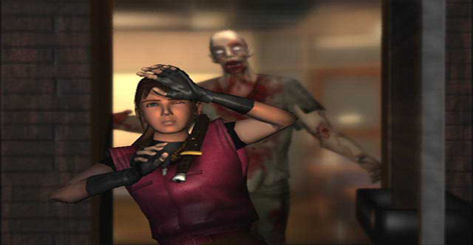 In my early years I was a Nintendo devotee, so I didn't pick up any of the Resident Evil games until Resident Evil 2 was ported to the N64. I have rarely played games as linear since, and I have never played such a linear game as many times as I played Resident Evil 2 when I first bought it. Everything about this game was incredible, the storyline, the zombie setting, and of course the cinematics. As anyone who has played the N64 version will know the FMV's were markedly blurry compared to the original disc based version. The cartridge copy was one of the largest ever made for the system, and the task of fitting those on a cart was monumental. The in game graphics were crisper but the CGI suffered. Nonetheless being an N64 owner, I had never played a game before with such graphics. It was pretty cool at the time, and pretty soon I upgraded to a PS2, picked up the remainder of the series and played the heck out of them. 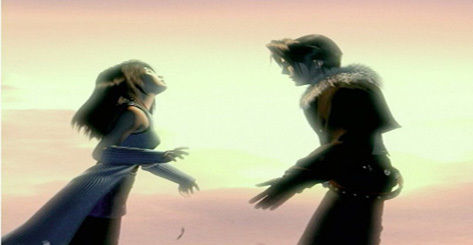 I never cared much for Final Fantasy VII. It isn't that I found it to be a poor game. It just never really stuck with me the way it did with most people. Sephiroth was cool, but the other characters just felt bland to me. Which is funny, because that's the way most people reacted to Final Fantasy VII and yet I loved it, and still today. It has its problems of course; the battle system didn't work out so well, and there was that monstrously bad and in the end rather pointless plot point wherein all the main character's knew each other in the past and just plum forgot about it, but overall I loved this game. I found Squall to be a dynamic, interesting character and enjoyed the odd aesthetics of the game's world. And the set pieces! FFVIII featured some of the most epic cinematic sequences I've seen in a game to date. It was overall just a great experience.

The Legend of Zelda: A Link to the Past (SNES) 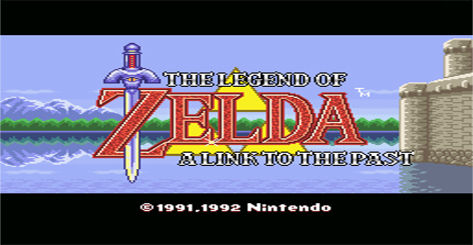 Now that I think on it some, I realize that I have never actually beaten A Link to the Past all the way through. I've gotten close, I made it to the final dungeon in the second world, but, I never finished it. As I recall, I got stuck there and rather than continuing on my own decided to take the easy way out and just load up my brothers already finished game file. I tore Ganon a new one and rejoiced! Oh, to be young again. I imagine I wouldn't win many achievement points for doing that, but it worked for me at the time. A Link to the Past was an incredible game, arguably just as good as Ocarina of Time which many, myself included, consider the peak of the Zelda franchise. It was just such an improvement over the 8-bit Zelda, it was impossible not to love. 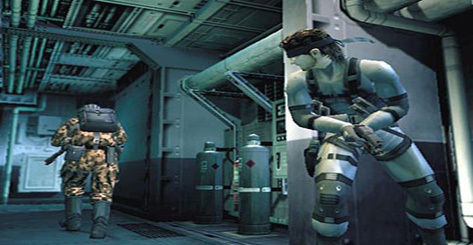 I was a late comer to the PlayStation and so picked up Metal Gear Solid 2 without ever playing Metal Gear Solid. As such my experience was a bit unique in that I didn't mind playing as Raiden at the time. Rather I was simply enthralled by the incredible gameplay. I have to date never played a game all the way through as many times as I played MGS2. I completed in every single difficulty available, and then, when Substance was released I bought that and did it all over again, though the European Impossible setting eventually put a halt to my replays. After playing the remainder of the series I can more clearly see the flaws in the game and the way it handles its story, that being said, this game addicted me to what I consider one of the greatest, most complex and interesting franchises in gaming. 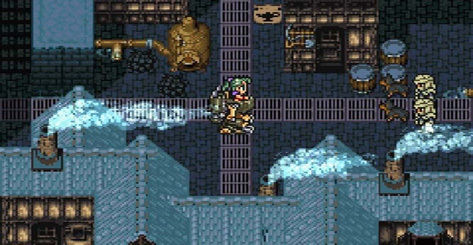 If Final Fantasy VIII taught me what RPGs could do, VI taught me how they could be perfect. I literally think this is probably one of the finest, funnest, most beautifully rendered games ever made. Everything about it just glitters in my opinion, from the cast, to the story, to the graphics. There hasn't been a Final Fantasy since that has been as grand, and the way things look I'm not sure if there ever will be. VI demonstrates to me what a console at its peak, and perhaps even a little bit beyond it can do. When developers know how to use a machine perfectly, you get games like Final Fantasy VI. And honestly, while I hear a lot of people calling for a remake, it's the last thing I want. The game is perfect as it is. Why tamper with perfection? 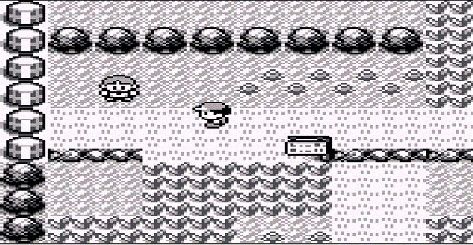 I have long since grown out of Pokemon, and eye each new addition to the series with a mixture of amusement and disgust (remember when there were only 150 to catch?), but I can't deny how much fun Pokemon was back in the day. I used to play it like mad, spending hours to perfect my team. I don't remember if I ever actually managed to catch all those adorable pocket monsters. I lived in an area where other kids with Game Boys, Pokemon cartridges and link cables were a bit of a rarity. That said, even on my own it was a spectacular time that I almost wish I hadn't grown out of. It's just you know how it is. You're sitting in study hall playing your Game Boy and girl asks you what you're doing, and the last thing you ever want to say is “I'm playing Pokemon.” Things just get worse from there. 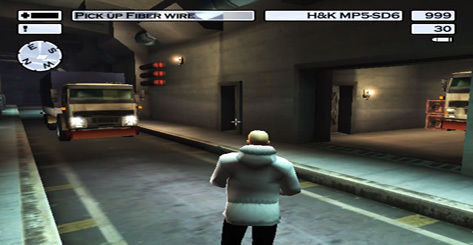 The Hitman series is great. That we have heard so little about it is one of the greatest shames of this generation of gaming. I picked up Hitman 2 on a whim and spent weeks just playing each level over and over again, trying to find different ways to off people. The freedom that even the early games allowed you was insane for it's time and the most recent, and seeming last Hitman game, Blood Money has gameplay that still owns a lot of the new games that come out today. I just love Hitman, it's a series that other developers should have tried to learn from a bit more. So I await Agent 47's return to the spotlight, and if Eidos chooses to leave him in the last gen I can always happily replay those wonderful games. They certainly have enough options I have yet to try.

The Legend of Zelda: The Ocarina of Time (N64) 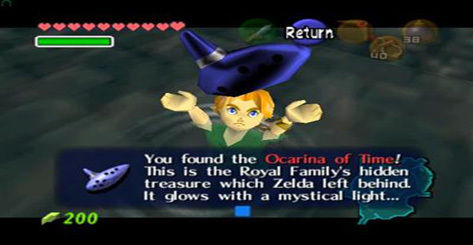 This is the first game I ever waited for. I followed it in Nintendo Power for two years, made a scrapbook out of the articles about it that I still have to day. I bought Ocarina of Time action figures and had a freaking pocket watch with Link on it. Yes, a pocket watch. The magical feeling I got when I opened up that game -the gold cartridge edition, I might add- was one that has never been repeated since. It was the feeling only a ten year old can have when they enter into a truly wonderful adventure. There has never been a Zelda game to peak Ocarina of Time, nor has there ever been a game that has lived up to my personal hype as well as it did. Nintendo has made some odd decisions over the past years, but even so, kudos to them for making a game this good. It truly stands the test of time.

Amongst media critics it has long been an area of contention as to whether or not video games can aspire to the same level of artfulness as books, music, and film. Many would argue no. There will never be a gaming Mona Lisa. People are never going to study and analyze the Final Fantasy series in the centuries to come. I think this is a naive view. Game's have changed my life, and the lives of many other people who play them. As game's continue to grow and develop, this is something I can only see growing more true with time.