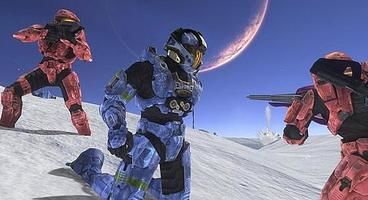 A fascinating article on Gamasutra reveals that one of the projects at the closing Ensemble Studio would have been an MMO in the Halo universe. The article shows a number of prototype artwork which was posted at one of the Ensemble artists' personal web page. It is speculated that the actual MMO project by Ensemble was canceled by internal executives sometime in mid to late 2007.

While there has never been any formal announcement by Microsoft or any of its studios concerning a Halo based MMO, there are abundant rumors that such a project is in the works. A recent announcement by Phil Spencer, head of Microsoft Game Studios, stated that “There are more than two or three teams building Halo things right now,” which does nothing to prevent those rumors from spreading.