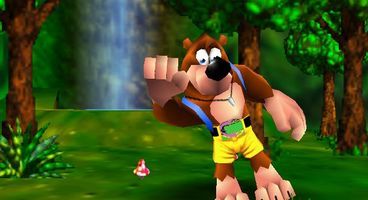 Microsoft announced today that Banjo-Kazooie, remake of the original Nintendo 64 game, is to be released on the Xbox Live Arcade on November 26th, 2008. The game will be priced at 1200 MS points and will contain graphical enhancements, along with achievements and gamerscore support.

For those of you that cannot wait until the 26th of November, Microsoft is planning to give consumers that pre-order the latest entry in the Banjo-Kazooie series, Banjo-Kazooie: Nuts & Bolts, a free code to download the original title for free, two weeks before its release on the XBLA.

The Banjo-Kazooie goodness doesn't end there either, with Microsoft announcing plans to release Banjo-Tooie on the XBLA in early 2009.

We would like to see how the graphics have been improved, so we have asked Microsoft for some screenshots. With a bit of luck, we should have some shots to show you soon.