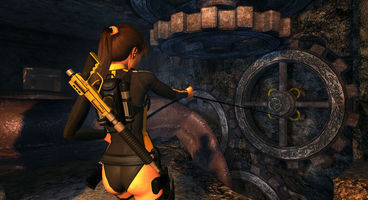 The Xbox 360 was able to take 34 per cent of the sales, whilst the other percentage was made up from the PC, Wii and DS.

Perhaps what is most interesting about this report is that the Xbox 360 version was revealed to include exclusive downloadable content, containing an extra six hours of gameplay, although this doesn't seem to have had much effect on the overall sales for the Xbox 360.