WOW: Wrath of the Lich King ships on DVD format only 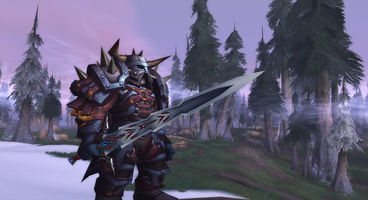 Blizzard has revealed that World of Warcraft: Wrath of the Lich King won't be released on PC CD, it will only be available to consumers that have a DVD drive installed on their PC when it launches on November 13th.

Blizzard Representative Vaneras wrote on the official WoW-Euruope Forums; "World of Warcraft: Wrath of the Lich King will only be available on DVD, not on CDs,"

Some people are still playing on very old machines that might not have a DVD Drive, as World of Warcraft requires very low system requirements, but we hope the majority of you will not be affected by this.

Let us know if you are affected by leaving your comments below.