PC gaming as we know it, dead? Piracy is still a major platform woe

27 February 2008 | By Jamie Davey
At "Lunch with the Luminaries" Chris Taylor, creator of Supreme Commander, declared that PC gaming as we know it today is dead. He cited online piracy as contributing factor saying many games titles now look to consoles as means of securing themselves against illegal downloading, secure gaming is the future he says.

But Internet scaly-wags aside, ex-Sony executive Phil Harrison claims there’s already a generation of kids globally that will never buy physical media. He believes business models will have to evolve and stop physical disc media as the primary means of delivery.

Taylor said earlier this month, "...one of the key things that is really affecting the economics and the success of gaming in general is piracy on the PC. So one of the reasons we'll see RTSs on the console is because people can't pirate it."

While the console does have its advantages of added protection against piracy, with the next-gen line much harder to 'chip', Raph Koster talks about Flash as the next console. "It's pointing its way to the future more than the next generation of consoles," and he went on to say "Retail PC is in dire straits, but... the web is kicking the console industry's ass."

Microsoft's "Games for Windows" label initiative is one way companies are trying to breathe life back into the PC market. With rising development costs for major block-buster titles it's no surprise some studios are unwilling to gamble revenue on the PC amid the rampant unchecked culture of piracy. 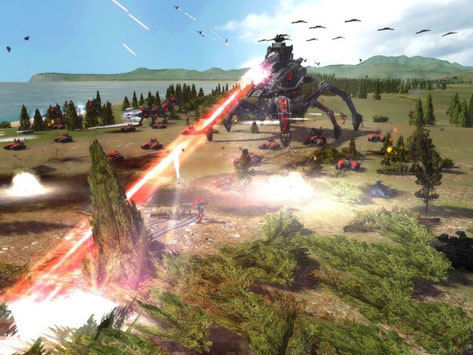