27 May 2008 | By Jamie Davey
According to Jeuxvideo.fr a Capcom press site has given the nod to the game being released on both next-gen consoles as well as on the PC this winter.

While this unidentified Capcom source remains erm, unidentified, it wouldn't be a stretch for the game to bust moves on the PC. Capcom are yet to dispel or bury this.

This is likely to be a major product of the rumour-mill so don't place too much stock on this 'revelation' - Capcom are remaining tight-lipped. It wouldn't be hard to imagine Street Fighter IV coming to both the next-gen consoles as so many other beat-’em-ups have but the PC is a harder sell.

What is for sure, Street Fighter IV will be releasing in Japan on Taito’s Type X2 arcade board, which actually is like a giant PC. Hmmm. 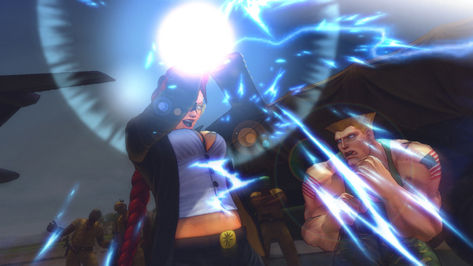 Guile, this could hurt some...