28 March 2008 | By Jamie Davey
With big names of the film industry launching and expanding their foothold in gaming, and with games publishers now returning the favour with movie projects - this move by Viacom is hardly surprising.

The film giant will be focusing on new and catalogued IPs for casual and mobile gaming.

"We are entering into deals now where we will be publishing games this year," said Sandi Isaacs, Paramount's senior VP of interactive and mobile.

They should have no trouble with source material with the amount of IPs that has run through the company to the silver screen and DVD. Viacom already has its toe in gaming waters with sister company MTV owning Guitar Hero’s Harmonix.

Paramount will continue to let other publishers get their hands on the goods and they've hired some veterans too to help keep the move flowing smoothly into gaming, also Sumner Redstone the Viacom Chairman owns publisher Midway.

Let's hope they pick some decent IPs, the industry has enough story telling woes as it is without getting the rough cast offs with a 'casual' label slapped on it. 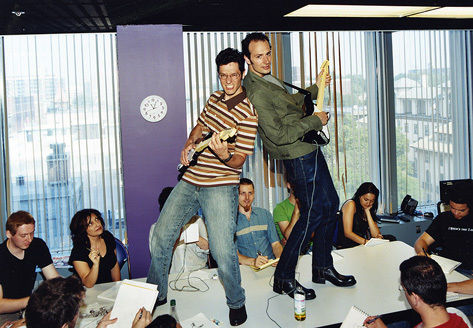