Alone in The Dark with a GTAIV multiplayer approach is 'possible'

29 May 2008 | By Jamie Davey
Nour Polloni, senior producer for the survival horror game, has said in an interview with VideoGamer.com that a GTAIV style of online play is a possibility if the game does well.

With future downloadable episodes unconfirmed but suggested, Polloni added they could "include some potential multiplayer elements in there."

The developer Eden describes each of the levels within Alone in the Dark as episodes and that the game itself -- being number 5 in the franchise -- as season one. Interestingly if gamers find some 'episodes' to be too bothersome then they can skip it and watch a recap of important events they would have missed out on.

"The online multiplayer doesn't stop from allowing this type of game to exist today," said Polloni. "Alone in the Dark is a brand that is known. We'll see how it goes with the public. If it's a huge success we can think of online in terms of downloadable episodes for the future, even include some potential multiplayer elements in there."

"We have a game engine that allows us a lot of possibilities, multiplayer being a part of it. Today we built the first season, maybe the next season you never know what's in there. It could be more features, maybe a single-player game or maybe more features with multiplayer options. Today I can't say. I prefer not to say."

Click here to read the full interview between Nour Polloni and VideoGamer.com. 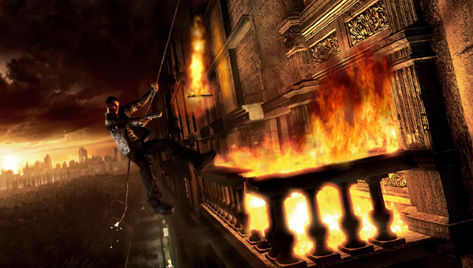