Volition's Saints Row 2 gets pushed back to October, more polish

29 May 2008 | By Jamie Davey
THQ has confirmed that the game will be delayed from August till October 17th; they want more time for quality checks and to beef up marketing.

With the huge success of GTAIV you can't blame them for triple checking to make sure everything’s where it should be, "the game is done, it's about polish."

"Product quality is a huge drive of a game's success and this move allows us to polish the game," said Bob Aniello of THQ Worldwide. "The game is done, it's about polish."

Saints Row has done remarkably well to stand apart from the GTA franchise even though it has been acceptably labelled a clone. The original included a number of celebrity voices and it's likely that the same will happen again.

The sequel is trumped at increasing customisation and even letting you 'pimp' your crib out, even with the convenience of a fixed pole for ladies to dance around. Numerous other features help to keep the action fresh and more comical than others.

Saints Row 2 is being released on Xbox360 and PS3 this October 17th. 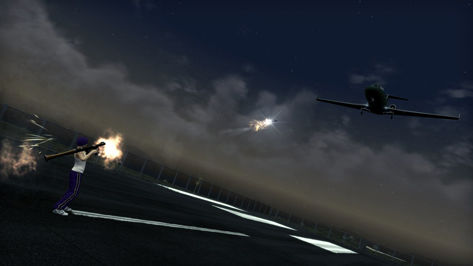