30 April 2008 | By Jamie Davey
Recently the UK has been looking into the games rating system and its impact on young audiences.

"This is world's biggest launch in the games market and the intellectual property is actually British made", he explained. "I think that's fantastic. It should be celebrated."

Kingsley's vocalised opinion comes after Rockstar's Grand Theft Auto IV has been somewhat singled out for purposely advertising to gamers below its age rating.

I for one am proud that GTA was born here in the UK; it's now gone on to become a true rocking megastar intellectual property. It's no longer solely developed here in Britain, GTA IV's code was handled by Rockstar North in Edinburgh, Scotland while scripts, voicing and other magics were handled in their New York offices.

You see the UK-US special relationship isn't just about wars, it’s also about GTA and that's a good thing, and only commie pinkos would disagree. 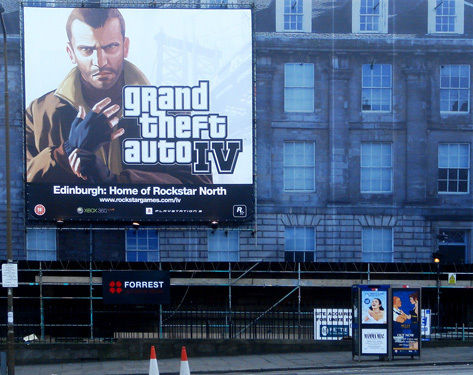