01 October 2009 | By Richard Walker
Dead Snow is a Norwegian horror movie that plays fast and loose with traditional zombie flick lore. What it doesn’t play fast and loose with is horror traditions and conventions, opening with eight irritating, unsympathetic young medical students on their way to an isolated cabin nestled in the snowy Scandinavian mountains. It’s a familiar set up that might make you baulk at the initial prospect of yet another shallow, uninspired slasher picture where petulant young adults are disembowelled by vicious murderers.

Which is exactly what Dead Snow’s zombies are - an army of undead Nazis that are unburdened by the slow pace and unquenchable thirst for brains. They’re not strictly zombies then, but rather vengeful, bayonet-wielding reanimated Nazi scum doomed to roam the mountains, slaughtering anyone dumb enough to encroach upon their territory. 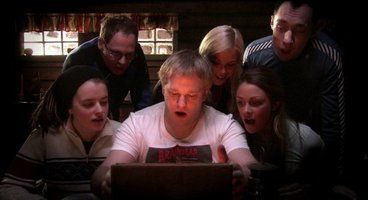 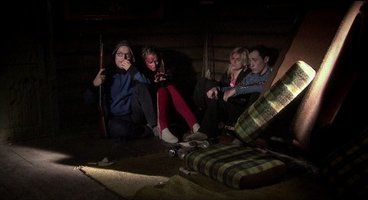 And so after an obligatory warning from a scary old geezer who turns up unexpectedly at the group’s doorstep, they still deign to wander around in the freezing snow whenever there happens to be an eerie unexplained noise heard outside. As you absolutely never, ever would. A stupid toilet sex scene in the outhouse also beggars belief but marks the moment that the penny finally drops and you realise that you’re not watching a horror movie at all. Dead Snow is a ludicrous, tongue-in-cheek comedy and should be viewed as such.

The gang of eight are all horror movie clichés - fat film buff, bespectacled geek, ditzy blonde girl, reliable tough guy - and so on. Clearly there’s a knowing humour in Dead Snow - an obvious awareness of genre stereotypes, which is manifested in certain lines of dialogue spouted by the obligatory movie nerd.

Buckets of blood and viscera begin to ooze forth as Dead Snow gets warmed up, transforming from slow-burn horror into a farcical shower of severed limbs and fountains of viscous gore. This most definitely isn’t for the squeamish.

Dead Snow is a deliriously daft movie that you’ll either like for its brazen stupidity or despise for its utter disregard in laying waste to zombie mythology. Set aside your prejudices for a moment though and there’s a surprisingly entertaining - if forgettable and throwaway - horror/comedy film to be enjoyed. 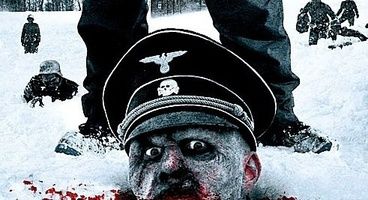 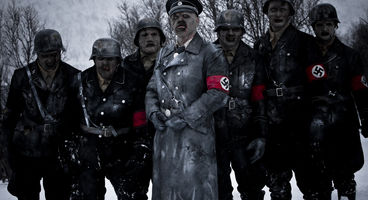 Fairly predictable and ultimately disposable, Dead Snow is best watched with a group of friends in the right frame of mind. A movie of excessive cartoon violence and silly instances of overblown fun, Dead Snow might be completely dumb, but it’s strangely enjoyable nonetheless and worth a watch despite being an undoubtedly dodgy movie.

Dead Snow shambles onto Blu-ray with a crisp 1080p transfer presented in its original 1.85:1 screen ratio. The snow shimmers and the spewing streams of blood glisten beautifully, as weird as that might sound. All in all it looks fantastic, shining like a chest full of precious Nazi gold. During the movie’s darker moments the picture also stands up well with solid blacks and a consistently sharp image. Flesh tones and colours are nice and natural too, as are the textures. All in all, Dead Snow is a stellar HD presentation all round.

The audio is every bit as accomplished as the picture quality with strong bass and good clear dialogue (although the movie is in Norwegian with subtitles). The squelching sounds of meat being torn into chunks will give you the jitters, which is all part and parcel of the excellent DTS-HD 5.1 lossless soundtrack. The score is an eclectic mixture of heavy European metal and classical music that fits the movie perfectly, accompanying the on-screen action impeccably. 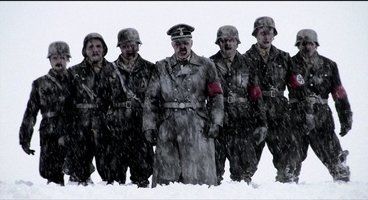 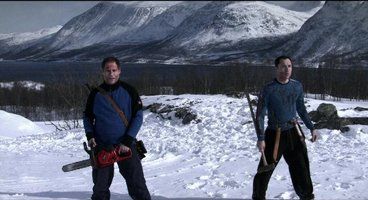 Fairly light on extras bar the 50-minute ‘Ein, Zwei, Die!’ documentary, the supplemental material sheds some light on the making of the movie with a further three featurettes looking at CGI, make-up and the movie’s debut at Sundance. It’s interesting to learn how much the crew managed to achieve on such a small budget with the changing weather conditions affecting the on-location shoot.

Gloriously stupid throwaway fun, Dead Snow is reminiscent of Sam Raimi’s first two Evil Dead movies, though it can never hope to measure up to the high standards of Raimi’s vastly superior classics. Still, for slimy, blood-soaked silliness, Dead Snow is pretty good value and at least worth a rent. 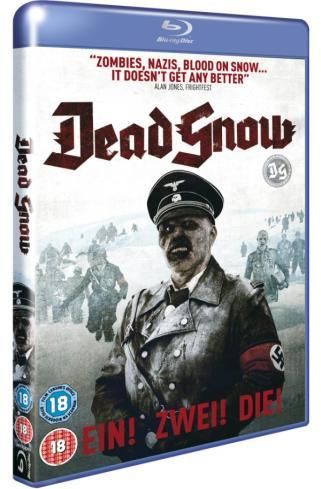