Digital market "almost half" the industry, overtakes console in 2010 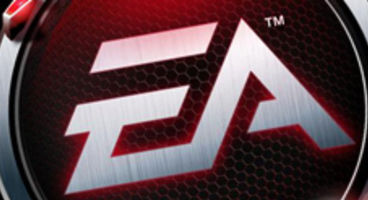 EA CEO John Riccitiello has foretold how the console market will be the minority compared to the digital offerings in the industry, by next year.

Think games and you "traditionally think" console he said, and "forget about" all the online services. EA digital would be "darling of Wall Street".

"It's new to compete in that sector, so when people think of games they traditionally think of the Xbox, the PlayStation and the Wii, and they forget about all these online services that are out there – subscription, microstransactions, games they find on Facebook or if they go to Pogo," Riccitiello told Reuters, reports GamesIndustry.biz.

"If you add all that stuff up, it's almost half of the industry now. It's about 40-45 per cent. Next year it's likely to be a larger share of the total industry and it'll be bigger than the console games all put together."

"A couple of years ago EA embarked on a plan to really build itself up in this new frontier. In the last quarter alone we did $138 million in revenue and if EA's digital business were a stand alone company it would be the darling of Wall Street," he went on.

"It's in a larger company right now, but we're building it very quickly and our goal at Electronic Arts is to have a very profitable packaged goods business, but also to have a digital business of a similar scale over time." EA spent $300m to acquire Playfish.

"We look for new business models that will help the rest of our business be stronger and allow our intellectual property to do well there," explained Riccitiello.

"That's what we got with Playfish, it reaches 60 million people a month. And yet they don't have the same intellectual property that we have in terms of The Sims, FIFA... that can do well on that platform. We look at that combination and see huge synergy."

EA, coming to a social platform near you. The publisher is likely to make any more acquisitions in the future connected to the digital market, it's their new playground and they want to "conquer" it and other new markets.