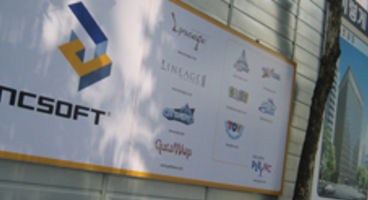 Aion is their latest PC MMO and its proven quite the hit in Asia and over here in the West, but NCsoft really want to crack the console MMO now.

They've been mulling it over in their minds "what it would take" to pull off, and reveal they're not near the creation stage yet. All the "options open."

"After we finished Aion,” NCsoft's Jin-Won Yun told Gamasutra, "we started thinking about what it would take to make an MMO come to consoles. We’re testing that possibility. We’re not in the development process yet, but we’re in the thinking and planning stages."

“We believe that there’s potential in multi-platform MMOs,” he added, “like Final Fantasy XI, for example. That’s one of the patterns that might be possible, but we’re keeping all options open.” To date only Square Enix has managed a console MMO; it's multiplatform.

Final Fantasy XI is available on PC, PS2 and Xbox 360 and all share the same game servers. NCsoft want to sit back a while longer though and give it some more thought.

"We have to analyze the patterns of the users,” Yun says. “We don’t have a real console userbase in Korea, which makes it difficult for us to study from this side.” Sony and NCsoft were reported to have partnered up for some PS3 MMOs, but that all stalled.

Is there an MMO out there that you would welcome to Xbox 360 and PS3?