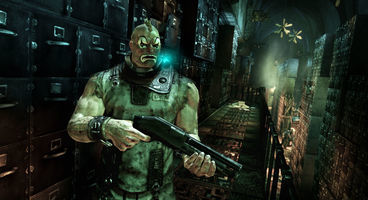 Eidos confirmed that a demo for Batman: Arkham Asylum will be released for the Xbox 360, PlayStation 3 and PC on August 7th, that's this Friday. The full release will hit UK stores on August 28th.

The Batman: Arkham Asylum demo opens as the Dark Knight and Commissioner Gordon return The Joker back into confinement at Arkham Asylum. But things soon fall apart as The Joker gains the upper hand and springs a trap, setting Arkham Asylum’s occupants upon Batman.

The demo offers gamers a taste of the fierce FreeFlow combat system, the cunning stealth of the Invisible Predator mechanic, and the feeling of becoming the world's greatest detective as they navigate Arkham Asylum’s imposing Intensive Treatment facility. Players can unlock character bios, as well as get a sneak peak at some of the infamous foes that BATMAN will encounter within the cavernous and macabre confines of Arkham Asylum.