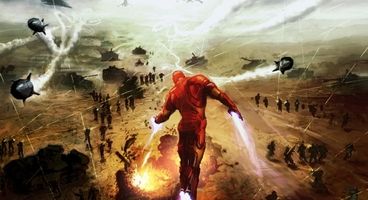 In a press release detailing Marvel Entertainments third quarter operating results, release dates for Iron Man 2, Thor and Captain America were mentioned, which are all in development by SEGA.

All three games will probably be released on the Xbox 360, PlayStation 3 and PC.

These dates should be pretty similar for Europe, but we'll check with SEGA now.