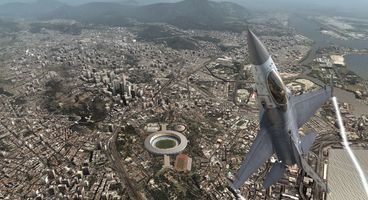 Ubisoft confirmed to Strategy Informer today that the Xbox 360 and PlayStation 3 versions of Tom Clancy's Hawx will be released simultaneously on 6th March 2009, while the PC version will be released a little later on the 13th March.

Developed by Ubisoft’s Bucharest studio, Tom Clancy’s HAWX delivers an intense and authentic aerial combat experience by fully leveraging the benefits of the next-generation platform. The story begins in the year 2012. As the era of the nation-state draws quickly to a close, the rules of warfare evolve even more rapidly. More and more nations become increasingly dependent on private military companies (PMCs), elite mercenaries with a lax view of the law. The Reykjavik Accords further legitimize their existence by authorizing their right to serve in every aspect of military operations. While the benefits of such PMCs are apparent, growing concerns surrounding giving them too much power begin to mount.