THQ: Early 2010 all about the "core audience", has three titles due 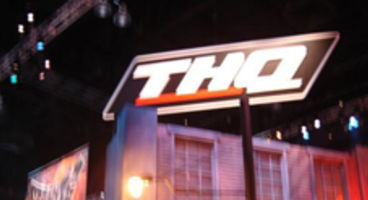 Publisher THQ is excited to see the other side of Christmas because they've got three games releasing in Q1 2010, all for the core.

The recent signing of sci-fi shooter Metro 2033 is "another fantastic addition" to THQ's portfolio, joining Darksiders and MX vs ATV.

Both UFC and Red Faction Guerrilla enjoyed big sales earlier this year when they released in traditionally quiet retail periods. Many publishers now fear the crush of the fall period and have opted to delay batches of game releases, particularly new IP.

"The announcement of Metro 2033 is another fantastic addition to our portfolio," THQ's brand management VP, Richard Williams, told MCV.

"With Darksiders, MX vs ATV Reflex and Metro 2033 all offering high quality gameplay targeted at the core audience, we’re excited about our line-up for early 2010.”

"Metro 2033 will plunge gamers into a terrifying vision of the future. 4A Games have worked closely with Dmitry Glukhovsky to deliver a unique game world, a compelling, cinematic story and an incredible, atmospheric experience to rival anything in the category," he added.

Metro 2033 is based off Russian author Dmitry Glukhovsky's novel of the same name, and takes place in Moscow. It's coming to Xbox 360 and PC with the latter in partnership with Nvidia to help cram in all the PhysX goodness they can.