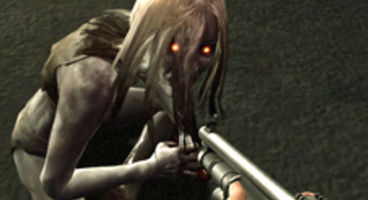 Developer Valve has revealed some of the specifics of the Realism mode in Left 4 Dead 2, saying it's not restricted to Expert or Hard difficulty.

It's more about being "challenged as a team," and to just make things harder to kill is "less interesting," says Valve boss Chet Faliszek.

"We have our four skill levels again, and you can play Realism mode with any of them," he continued. “We find that people play with the same people a lot… And those teams don’t necessarily want to play Expert or Hard, they want to be challenged as a team.”

So there's to be no glowing team mates when you're in Realism, meaning you actually have to communicate if you want to stick together and survive the ordeal. Those distant sobs are going to be a lot more trouble too...

“It’s real easy to say, ‘Let’s make the creatures harder for you to kill and you easier to kill.’ It’s less interesting,” he added. “With this, we remove the glows, we make events like the Witch more important now, because if the Witch hits you once, she kills you. And you die. You don’t come back."

“There’s no safe closets. You can use the defib to get back, but your team has to do that for you.” They first had no glows during Left 4 Dead's development but found it to be too frustrating to deal with, so they added them in.

"The first time you turn around, and you run off by yourself and you’re going to get something out of this building, and you turn and go, ‘I’ve got the pipe bomb! Oh, man, where is everybody?’ And you have no idea. It’s a really different experience."

“Realism mode is really about pushing the skill of the team,” he added.