05 August 2009 | By Simon Priest
Valve will be releasing the new major update to Left 4 Dead this September, adding new singleplayer, multiplayer and co-operative fun when it arrives on PC and Xbox 360.

Owners of the PC version won't have to pay a penny, but Xbox 360 gamers will need to fork over 560 Microsoft Points. The DLC bridges between 'No Mercy' and 'Death Toll' campaigns.

"Since the release of Left 4 Dead last November, the design team has been excited about creating new experiences for this world and allowing players to do the same, by releasing much of our internal toolset, like the Survival Pack and Authoring Tools," said Gabe Newell. "We're working with the fans toward the ongoing entertainment value of the product."

The DLC campaign will also add whole new dialogue from the original cast and promises an explosive end. Sorry, Microsoft want a cut of the action on Xbox 360. The primary reason for this DLC though is to deliver "a complete Versus mode experience in just 30 minutes." 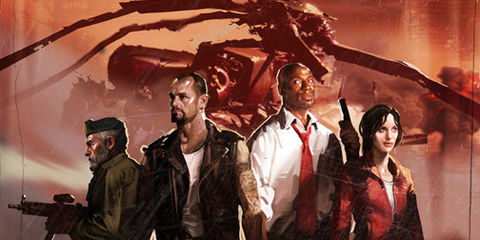