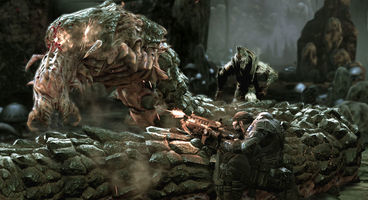 Epic Games vice president Mark Rein has published a New Year post on the official Gears of War 2 forums, which reveals more information on the previously announced patch for Gears of War 2.

"As I mentioned before the break we've been working on a major title update for Gears of War 2," said Rein. "This update will address bugs and exploits as well as add some new achievements related to downloadable content. We don't have an exact date for it but all indicators are it will go live within January. If that changes we'll let you know."

"We're fixing a whole bunch of online exploits. For example we've fixed the ability to wield an invisible shield, melee through some walls, gain infinite Lancer ammo and equip a shield and a two-handed weapon simultaneously plus many more.

"We're also making several small changes to improve the overall online gameplay experience. A few of the ones that might interest you are; increased penalties for quitting matches early, adding additional spawn protection against planted grenades and chainsaw attacks, and adding the ability to see the Submission flag carrier destination by using Tac/Com."